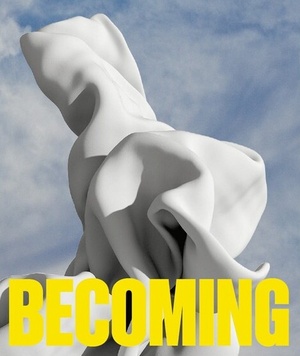 ● Purchase ● Co-published with DoppelHouse Press, Amir Zaki’s Building + Becoming brings together 272 pages of full color work by the Orange County, CA–based hyperrealist photographer, accompanied by an interview with curator and writer Corrina Peipon and an essay co-authored by critics Jennifer Ashton and Walter Benn Michaels.
Building + Becoming is a sculptural monograph, designed as a double gatefold which opens to a full width of roughly forty inches, allowing the reader to explore both sets of images and texts in different combinations. The multiple series by Zaki captured within these sets address, respectively, the built and the natural, including rocks, carvings, suspended landscapes, and manipulated California beach architecture. Like his skateparks these environments are uncannily quiet and devoid of people.
Corrina Peipon’s interview with Zaki explores the artist’s personal history and concerns about photography and technology. “I am interested in the attraction and repulsion that a photograph which depicts something familiar and unfamiliar, initially welcoming yet somewhat alienating, can elicit in a viewer and me. I am looking for a kind of strangeness within the commonplace. Ultimately, I use digital technology as a means to an end. I am trying to make photographs that manifest the world I desire.”
Jennifer Ashton and Walter Benn Michaels’ essay offers insight into Zaki’s manipulation of space through "evenness," which is accomplished by creating a perfectly technically focused object: “The point is not that the pictures overcome physical limits, but that they violate the logic of our eyesight.” Referencing the history of landscape and modern photography in California, Michaels and Ashton show that Zaki’s insistence on marrying technology seamlessly with this tradition results in continuity, an “addition through subtraction” of the third-dimension.