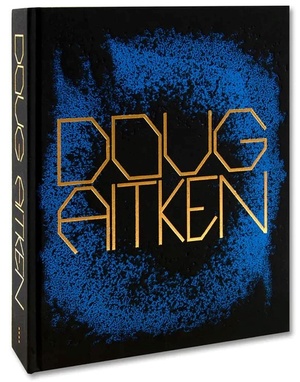 We are delighted to invite you to a book signing and discussion with Doug Aitken for his new book Works 1992-2022 published by MACK. Doug will be joined by Dean Kuipers for a discussion about the book.

This comprehensive new book explores the career of multimedia artist Doug Aitken, following the path from his first major works in the late 1990s through to the present day. Aitken’s work encompasses large-scale film installations such as Sleepwalkers (2007), site-specific sculptures including his Underwater Pavilions (2016) installed off the coast of Catalina Island, California, and peripatetic happenings like Station to Station (2013), which saw a train containing a travelling studio cross the USA from the Atlantic to the Pacific, staging unique performance events at each stop. Weaving together images and text in an energetic composition of rhythm and movement, this authoritative volume mirrors the ways in which Aitken has approached and explored the contemporary world in his conceptual body of work across multiple mediums.


If you cannot attend but would like a signed copy, please place your order here 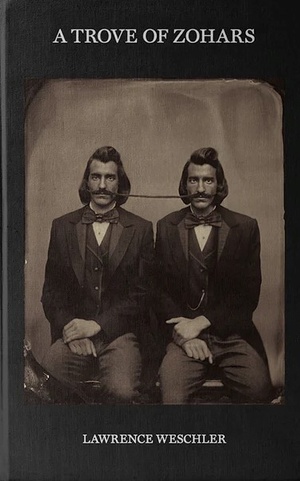 EVENTS ARE FREE AND OPEN TO ALL! 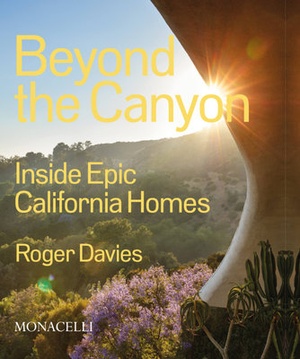 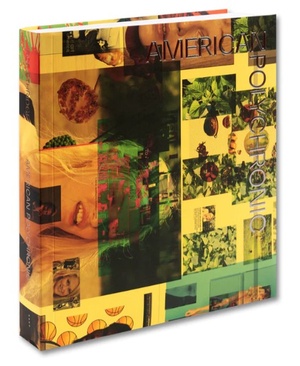 AMERICAN POLYCHRONIC presents the first comprehensive catalogue of Roe Ethridge’s work from 2000 to 2021, comprised of two interlocking threads of his celebrated photographic practice. Ethridge’s artistic and personal work is sequenced chronologically, interwoven with his commercial photography in chronological reverse, together forming a vibrant sequence of harmonies and dissonance, hits and B-sides. This long-form sequence moves fluidly between genres in the pursuit of a distinctive visual language — blending and playfully juxtaposing the realms of fine art, fashion imagery, and advertising with the everyday, personal, and generic. Ethridge explores how new visual experiences can be created through the reproduction and recombination of images, photographing and distorting the real as way of suggesting — or disrupting — the ideal. Signed copies available now. 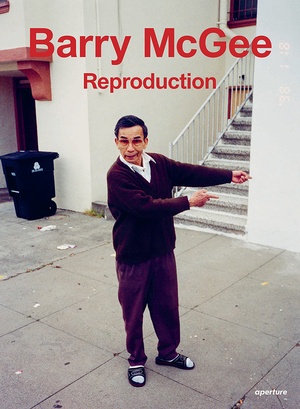 Back in stock!
Barry McGee: Reproduction
Hand-stamped special *Los Angeles* edition published by @aperturefnd.
$ 60.00.
Los Angeles-stamped edition is available exclusively from us.
Limit 1 per customer!
●Here!●
"This monograph is the first to collect the photographs of internationally acclaimed multimedia artist Barry McGee. Though best known for the inventive graphic sensibility of his paintings, drawings, and installations, McGee’s use of photography is an essential component of his artistic vision. Captured at all hours and around the world with whatever camera is at hand, McGee’s images are immediate, casual, intimate, and anarchic all at once. His work boldly employs geometric shapes, clusters of framed drawings and paintings, distinctive characters, and found objects such as empty bottles, surfboards, and wrecked vehicles. Whether incorporated into his iconic multi-element compositions, or printed in the innumerable fanzines and artist’s books that often accompany his exhibitions, photographs pervade McGee’s practice. Barry McGee: Reproduction provides unique insight into the process of a major American artist, and is a testament to the immense amount of visual information McGee has absorbed to build one of the most eclectic and innovative artistic legacies of our time."
Events Posted Nov 12, 2022 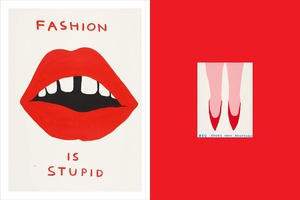 We are delighted to invite you to attend a special book signing with David Shrigley. Get Your Shit Together is the first book that exclusively features with iconic British artist's recent artwork in color. It celebrates Shrigley's absurd, deadpan sensibility through both his signature drawing style and accompanying text.
If you cannot attend but would like a signed copy, please place your order here, or call us at 310-458-1499.
David Shrigley was born in 1968 in Macclesfield, UK. He lives and works in Brighton and Devon. In January 2020 the artist was awarded the decoration of Officer of the Most Excellent Order of the British Empire or OBE. Shrigley’s quick-witted drawings and hand-rendered texts are typically deadpan in their humor and reveal chance utterings like snippets of over-heard conversations. Recurring themes and thoughts pervade his storytelling, capturing deliberately two-dimensional views of the world, the perspective of aliens and monsters or the compulsive habits of an eavesdropper shouting out loud. While drawing is at the center of his practice, Shrigley works across an extensive range of media including sculpture, large-scale installation, animation, painting, photography and music. He consistently seeks to widen his audience by operating outside the gallery sphere, including producing artist publications and creating collaborative music projects.
Miscellany Posted Nov 11, 2022 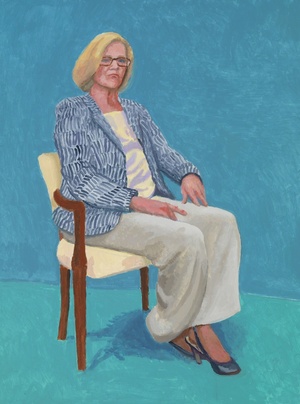 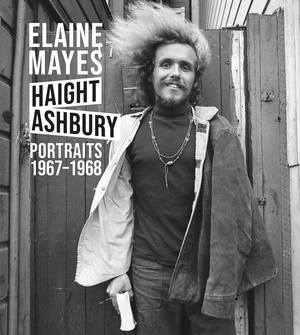 Everyday life on the Haight: previously unseen portraits from the hippie epicenter by the acclaimed documentarian
Elaine Mayes (born 1936) was a young photographer living in San Francisco’s lively Haight-Ashbury District during the 1960s. She had photographed the Monterey Pop Festival in 1967 and, later that year, during the waning days of the Summer of Love, embarked on a set of portraits of youth culture in her neighborhood. By that time, the hippie movement had turned from euphoria to harder drugs, and the Haight had become less of a blissed-out haven for young people seeking a better way of life than a halfway house for runaway teens.
Realizing the gravity of the cultural moment, Mayes shifted from the photojournalistic approach she had applied to musicians and concert-goers in Monterey to making formal portraits of people she met on the street. Choosing casual, familiar settings such as stoops, doorways, parks and interiors, Mayes instructed her subjects to look into her square-format camera, to concentrate and be still: she made her exposures as they exhaled. Mayes’ familiarity with her subjects helped her to evade mediatized stereotypes of hippies, presenting instead an understated and unsentimental group portrait of the individual inventors of a fleeting cultural moment.
Elaine Mayes: The Haight-Ashbury Portraits 1967–1968 is the first monograph on one of the decade’s most important bodies of work, presenting more than 40 images from Mayes’ series. An essay by art historian Kevin Moore elaborates an important chapter in the history of West Coast photography.
Book of the Day Posted Nov 09, 2022 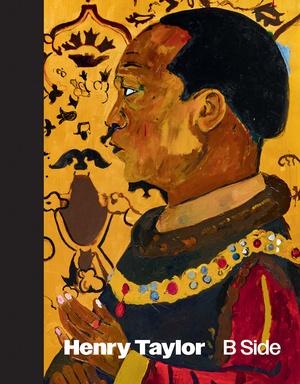 Book of the day > Henry Taylor B Sides

● Purchase ●
The official catalog accompanying the major retrospective at MoCA LA. Henry Taylor creates a grand pageant of contemporary Black life in America.
Surveying 30 years of Henry Taylor’s work in painting, sculpture and installation, this comprehensive monograph celebrates a Los Angeles artist widely appreciated for his unique aesthetic, social vision and freewheeling experimentation. Taylor’s portraits and allegorical tableaux—populated by friends, family members, strangers on the street, athletic stars and entertainers—display flashes of familiarity in their seemingly brash compositions, which nonetheless linger in the imagination with uncanny detail. In his paintings on cigarette packs, cereal boxes and other found supports, Taylor brings his primary medium into the realm of common culture. Similarly, the artist’s installations often recode the forms and symbolisms of found materials (bleach bottles, push brooms) to play upon art historical tropes and modernism’s appropriations of African or African American culture. Taken together, the various strands of Taylor’s practice display a deep observation of Black life in America at the turn of the century, while also inviting a humanist fellowship that pushes outward from the particular.
Book of the Day Posted Oct 22, 2022 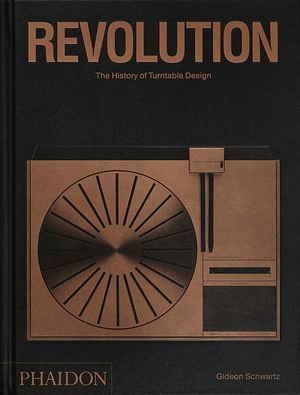 Book of the day > Revolution: The History of Turntable Design

"The design, history, and cultural impact of turntables and vinyl technology: the twin powerhouses of the 'vinyl revival' phenomenon. Interest in turntables and records is enjoying a renaissance as analog natives and new converts find their enduring style and extraordinary sound inimitable. Revolution, a follow-up to Phaidon's beloved Hi-Fi: The History of High-End Audio Design, explores the design and cultural impact of the turntable, the component at the center of the 'vinyl revival'. An essential book for audiophiles, collectors, and design fans, Revolution showcases the fascinating history of turntables and vinyl technology from the 1950s to today's cutting-edge designs.

Written by Schwartz, author of Hi-Fi: The History of High-End Audio Design, who is an audio design expert and passionate about analog music, this book includes 300 illustrations from the world of turntables, from affordable to high-end, and everything in between. An essential addition to the bookshelf for analog natives and those new to the vinyl revival as well as music and design lovers."