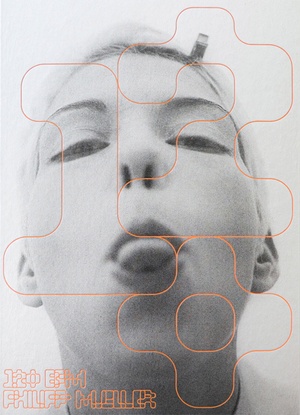 ● Purchase ● The dawn of Zurich’s 1990s techno scene, in photographs, ephemera and testimonials
Titled after the number of beats per minute on a club track, 120 bpm tracks techno’s meteoric rise in Switzerland, where it became one of the country’s last great youth movements, leaving a massive imprint on the nightlife, clubs and ongoing innovation in electronic dance music to this day. Swiss photographer Philipp Mueller, who has shot for Vogue, GQ and Playboy, covered the dawn of the Swiss techno scene in the early 1990s, in raw photographs of Zurich’s first street parades, underground raves and parties—whether backstage in clubs or in the intimacy of private venues—for various magazines. Mueller’s photographs are interleaved here with facsimile clippings from rave magazines and fanzines, as well as firsthand accounts from some of the ravers who made the nascent scene.