Tuesday-Sunday, 11:00 am - 7:00 pm -- Face Coverings are required to enter the store. More details about safety precautions can be found on the "about us" page. 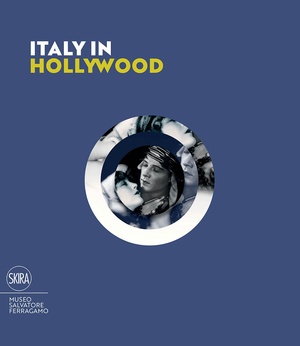 Book of the Day > Italy in Hollywood

Book of the Day > Italy in Hollywood. Published by Skira.
"Loosely following the years Salvatore Ferragamo (1898–1960) spent in California, Italy in Hollywood shines light on a neglected period in the history of the film capital. This sleek volume brings together programs, photographs, film clips, objects and the beautiful shoes that Ferragamo developed in his Hollywood Boulevard boot shop—shoes that would go on to make him the shoemaker to the stars. Ferragamo arrived in Hollywood in 1915, at a time when two currents were converging: growing Italian immigration to the United States and the burgeoning film industry. Luminaries like Enrico Caruso, Rudolph Valentino, Lina Cavalieri and Tina Modotti brightened the still-dim cultural outpost as they and others contributed to architecture, film, photography, fashion and jazz. Italy In Hollywood illustrates, in a wealth of material, the Italian contribution to the myth and glamour of Hollywood."