*
Face Coverings are required to enter the store. More details about safety precautions can be found on the "about us" page.
*
Only a very small portion (about 2%) of our stock is listed here. If there are titles you are searching for beyond those you find on our website, please email or call us about them. We will gladly search our extensive stock of as-yet-uncatalogued material to help locate the items you seek. 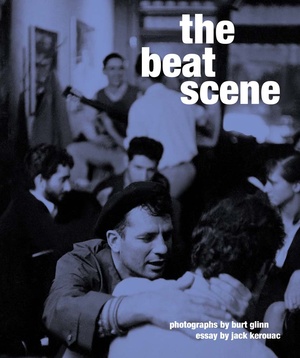 Book of the day > The Beat Scene: Photographs by Burt Glinn

Book of the day > The Beat Scene: Photographs by Burt Glinn. Published by Reel Art Press. “This magnificent volume features a remarkable collection of largely unseen photographs of the Beat Generation by renowned Magnum photographer Burt Glinn. This amazing, untouched treasure trove of images was discovered when Reel Art Press was working with Burt Glinn’s widow, Elena, on a larger retrospective of Glinn’s work. Archived with the negatives was a short essay by Jack Kerouac entitled "And This Is The Beat Nightlife of New York," which is published here alongside the photographs. The book features black-and-white shots, and also—uniquely, for images of this era—more than 70 in color. An extremely rare find, these photographs capture the raw energy of the Beat Generation in a way that has never been seen before in print.

The photographs were shot between 1957 and 1960 in New York and San Francisco and feature nearly everyone involved in the scene, including writers and artists such as Allen Ginsberg, Jack Kerouac, Gregory Corso, Lawrence Ferlinghetti, LeRoi Jones, Jay DeFeo, Wally Hedrick and many more. Glinn was celebrated for his extraordinary talent as a social documentary photographer, and during his time with the Beats his camera captured the spirit of the counterculture—writers, musicians and artists meeting in cafes, bars and parties pursuing a truth and future the mainstream would and could not acknowledge.

This exquisite tome is an intimate and fresh insight into the lives of the legendary and influential bohemians and a celebration of Glinn’s inimitable talent."