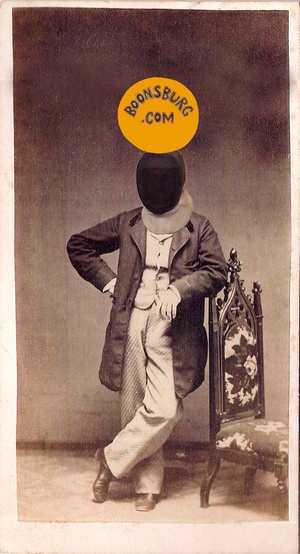 
WE ARE  PLEASED TO PRESENT A VERY SPECIAL TWO-DAY EXHIBITION FEATURING THE WORK OF THE RECLUSIVE OUTSIDER ARTIST AND FOLK ENGINEER,

“eb, THE JERSEY GENIUS”
-INVENTOR OF THE BOONSBURG EGG -

Oft-viewed as a crank by the academic establishment, this special presentation will take a closer look at eb’s controversial-yet-plausible theory that for decades Egyptologists have been incorrectly attributing symbols depicted in the hieroglyphic language as religious icons, when according to eb, they are simply artistic renditions of the actual tools used to build the pyramids.

The exhibit will include reconstructed contemporary working versions of these tools as well as present a fully operating ramp model that demonstrates exactly how all of the oddly shaped “function specific” tools depicted on the hieroglyphs worked together to form a larger assembly line system that enabled the Egyptians to easily roll the massive stones up the ramps.

Adding credibility to his theory, eb has zeroed in on the most important religious icon of ancient Egypt, the Sun Disc.  For centuries scholars have claimed that the Sun Disc was their God because it was always depicted in a place of high honor, with Egyptians shown in religious worship with hands raised and palms facing forward.  But, being an inventor, eb noticed something odd about this that no scholar had ever mentioned.  After obsessing over thousands of images, he realized that at no time did they ever represent the Sun Disc as a perfect circle – which would have been the sensible thing to do.  Instead, they repeatedly drew it as an odd, somewhat egg-shaped disc containing very specific angles of slope that are quite difficult to render. He wondered, “Is it possible that the greatest engineers of all time weren’t able to draw a perfect circle when depicting their God, or were they consciously choosing not to draw it as a perfect circle again and again and again?  If so, what was the significance of this shape and why was it held in such high regard?”

At the center of the exhibition is the device that eb believes not only answers the above questions, but also helped usher in Egypt’s golden age of pyramid building - a testable one ton version of his patented Boonsburg Egg invention.  Not only is his invention the same shape as the Egyptian Sun Disc, but by using it, an individual has the ability to easily roll tons of weight up an incline with just a small push – a push initiated from the palms-forward stance uncannily similar to the one in which the ancient  Egyptians are so frequently depicted on the hieroglyphs.

Was the Sun Disc their God, their Science, or possibly both?  Come to Arcana for one extraordinary weekend and you be the judge!